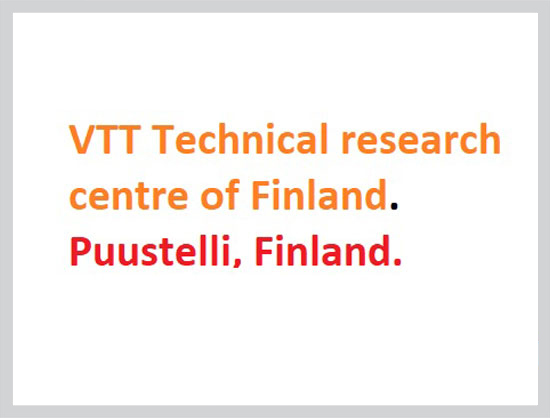 Researchers at VTT Technical Research Centre of Finland have developed a kitchen furniture framework material from plastic polymers reinforced with natural fibre.
It is claimed that the new material, a possible alternative to chipboard, reduces raw material consumption by 25–30 per cent and the carbon footprint of production by 35–45 per cent.

In a statement, VTT’s research professor, Ali Harlin, said: ‘The frames are lighter by nearly a third because they contain more air. Wastage during production is also reduced. This is a generational shift that revolutionises both manufacturing techniques and design.’ According to Harlin, the framework for the kitchen of the future will be compression moulded or extruded. The result is a component of exact dimensions, which does not need to be cut or drilled after production.

The natural fibre reinforcement in biocomposites can be sawdust, pulp, flax, hemp or peat. The new material is also claimed to be significantly stronger than chipboard and has excellent moisture resistance.

Harlin believes that furniture companies will be attracted to the new production technique because it will enable them to save on production and transport costs. Furthermore, Harlin said that investments in new machinery will pay for themselves in a few years.

Industrial designer Juhani Salovaara, designer of the Puustelli composite kitchen, said that the starting point for the design was to achieve the smallest environmental impact and the largest degree of domestic origin possible.

The composites used in Puustelli kitchens are manufactured by Finnish forest industry enterprise UPM. According to Salovaara, the degree of domestic origin of biocomposite furniture frames is in the region of 90 per cent. The material’s breaking strength and moisture resistance are claimed to be excellent. It is also significant for the end user that the furniture’s formaldehyde discharge is diminished.

Harlin thinks it is likely that the innovation will also be of interest outside Finland as some European furniture makers have tried composites, but their production techniques are based on traditional cutting.

According to Harlin, VTT will continue developing biocomposites and charting new applications for them. ‘One point of interest lies in whether biocomposites could be used in cars and other vehicles. In that field, weight is money even more than in furniture.’